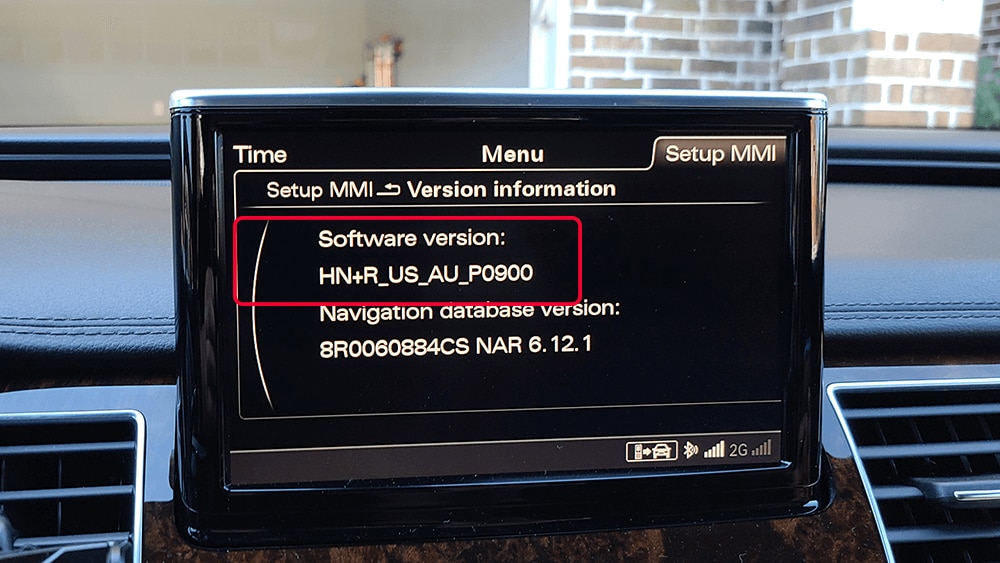 3. To Work with Wired CarPlay also, turn off wifi at first, and connect via lighting cable(wired keep your phone charged at the same time)

7.Enjoy your favorite videos and music.

13.HDMI input, with HDMI device to get more high-definition video.

If your car does not support AUX output, you can purchase our AMI to AUX cable.BUY IT NOW

Control with a word.Or a touch. Or a twist.

CarPlay features Siri voice control and is specially designed for driving scenarios. CarPlay also works with your car’s controls — knobs, buttons, touchpad, or touchscreen. And the apps themselves have been reimagined for the car, so you can use them while your eyes and hands stay where they belong.

If your CarPlay-equipped vehicle has a touchscreen, you can use it to control CarPlay.

CarPlay also works with the knobs, dials, or buttons in the car. If it controls your screen, it controls CarPlay.

You can use the latest IOS14 CarPlay system
We will continuously update the system and you can get the latest firmware support. You can use Amazon Music,Google Map, Pandora, Spotify, Waze, WhatsApp, All is free. You can now open multiple windows from the app in Split View. Perfect for working on two notes or Pages documents, viewing two maps, or organizing files in the Files app. Let your iPhone show you the way.

The power and simplicity of Apple Maps is available in your car. CarPlay can predict where you’re going using addresses from your email, text messages, contacts, and calendars. And now with a more detailed map, turn‑by‑turn spoken directions, and immersive 3D experiences, it’s easier than ever to get where you need to go. One‑tap access to your go‑to and must‑see destinations also helps you find more to see and do when you get there — whether you’re searching for points of interest, driving to a favorite restaurant, or looking for nearby gas stations. All your music. Beautifully arranged.

Access all your content from your Apple Music subscription and additional audio apps using your car’s built‑in controls. Search by artist, album, or song. See what’s playing and what’s up next. You can ask Siri to play your favorite song by Arcade Fire, act as your personal DJ, or stream one of more than 100,000 live radio stations. The road is calling.

Make calls, return missed calls, and listen to voicemail. Siri can help you do all of these things. All you have to do is ask. CarPlay supports third-party navigation apps, so you have even more choices to get where you’d like to go. The countries we can currently send to include the United States, the European Union, Russia, Singapore, Australia, New Zealand, Japan, and South Korea. Customers in other countries please consult online customer service.

Shipping Partners
We currently maintain cooperative relationships with 4PX, DHL, CNE and UPS. Our commitment to our customers is to assure the delivery reaches its destination in the quickest manner with the lowest cost.

Shipp Details
After the package is sent, you will receive an email with shipping information.
At the same time, we will also provide you with a Logistics tracking number through paypal.

We do our best to ensure that the goods arrive the customers safely.
If you find any omissions or damages during the receipt, please keep the outer packaging in time and contact us via email (tqmg@ewaygps.com) or messenger and provide us with evidence.

If the logistics information shows the receipt, but you did not get your product, please contact your local logistics service provider (local post) in time. And provide us with the corresponding evidence, and we will make an inquiry for you.
All claims for loss, damage or delay must be filed within twenty (20) days following the date of delivery or the date on which delivery should have occurred .
Under normal circumstances, we will provide you with a solution within 60 days.

Taxes and Duties
If you choose to send from China, the seller will be responsible for paying taxes. When the goods are delivered to you, you do not need to pay any customs duties.

If you choose to send from Germany,once the parcel reaches its destination country that your order may be subject to customs or import duties that are charged .
According to laws and regulations, these fees need to be paid by the recipient, and we cannot control the specific amount, as customs policies and import duties vary widely from country to country.Customs duty is charged as a percentage of the total value of the goods. The specific ratio will vary according to the policy of the country being sent, but on average is between 3% and 9%.
We generally try to reduce the declared value of the package to reduce taxes and fees, but you may still need to pay a small amount of customs fees.The proportion of this situation is about 1%, so you don't need to worry about it.

If you have other questions, please be sure to contact us：tqmg@ewaygps.com

If the product has any unsolvable technical problems, please email tqmg@ewaygps.com within 2 years(subject to logistics display delivery) after receiving the goods for instructions on how to return product for a full refund or exchange or maintain. Our products support 30 days return, 6 months replacement and free maintenance service within two years.Some products only provide one-year maintenance service, please refer to the product page for details.

To start a return, you can contact us at tqmg@ewaygps.com. If your return is accepted, we’ll tell you how and where to send your package. Items sent back to us without first requesting a return will not be accepted.

Note:For orders over 30 days, we do not provide refund service. But you can replace it.

Note:Products should be returned to our specified warehouse. We will not refund you if you send back to another location without permission.So please contact us before preparing to return or replace the product.

Please check the address with us again before returning the package.

Return cost: The cost of returning the product shall be borne by the buyer.


Damages and issues
Please inspect your order upon reception and contact us immediately if the item is defective, damaged or if you receive the wrong item, so that we can evaluate the issue and make it right.

If you need a refund,we will notify you once we’ve received and inspected your return, and let you know if the refund was approved or not. If approved,we will refund you within 7-10 days after the refund is approved(The refund will arrive in your original payment account). Please remember it can take some time for your bank or credit card company to process and post the refund too.
If you need to replace the product, then we will confirm the address with you after receiving the returned, and send you a brand new product within 2-3 working days, you do not need to bear any other costs.

Other charges：There are no ohter charges

You can always contact us for any return question at tqmg@ewaygps.com.

Decoder does not support Split Screen in Android Auto 7.4 even tought you can choose different sizes, see attached image, the size is fixed by decoder firmware.

Please could you tell me if the box that I bought for me Audi A7-2012 supports split view in Android Auto versión 7.4.

I Attack the software versión installed on my box.

Thanks for your answer.

D
David (Dublin, IE)
Some challenges but we got there in the end..

The product works well and makes a big difference to the car- I have a 2017 RMC A7. Support is responsive and focused on helping (but timezone for this isn't ideal). They sent me replacement power cable and separately a replacement unit under warranty as first one was faulty.

Make sure they give you the right dip codes for the model and version you have. Any problems ask to be connected with tech support. It was very time consuming getting this done. Worth paying someone locally to do it for you if you have the option for this. 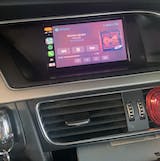 Very good product overall, and very sharp assistance on my request. To complete the package to get 5 stars, needs to send instructions link upon order and provide possibility to customize the set. I’d like to choose for a twin GPS cable like LVDS cable, to link it to the car’s gps antenna. 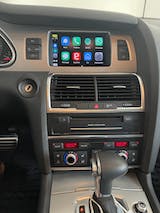 Cannot fault service, instructions should be included in packet it is not thet difficult although dip switch settings for mic bluetooth was only fixed when I got them.Cheap upgrade if you want to have handsfree, apple car play and reverse camera 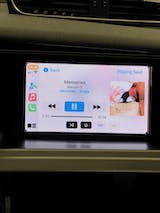 Bought this item a few weeks ago and am really satisfied. Installation was plug & play. Needed some assistance and got it via Messenger (email went slowly, Chinese timezones). The system works very good, wireless connection is stable and convenient, system can be tweaked in various ways and everthing is working logical. A few minor things; sound quality feels like a step back. I have the Audi Sound upgrade with subwoofer but had to tweak the sound settings in the Andream box as well as in the MMI system. Sometimes the sound is still a bit distorted. Maybe it has something to do with the wireless connection, i dont know. All in all still worth the buy, but I would opt for an upgrade for the amplifier in the system. Very satisfied though and would recommend it! 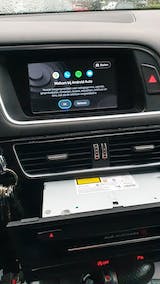 The product works fine, and you will receive a manual. Only the webshop isn’t in the EU, so every question / support they will reply in the middle of the night. So be aware: There is no installation support at european time zones .

if you order anything else, they ship that for China, and will not be received at the same time.

5 stars for the product, 1 less for the assumption that they are EU based

I recommend the module, easy installation, works as described. Excellent feedback from the seller. Rating 5